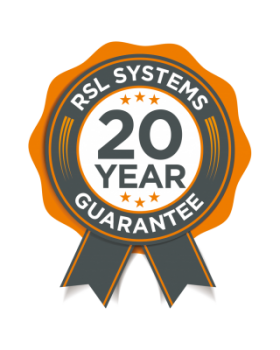 What is Properla Masonry Creme?

A surface treated with ProPERLA Masonry Crème will insulate mineral building materials by reducing water absorption. The product chemically bonds to the surface, penetrating up to 17mm to create an invisible insulation barrier.

ProPERLA Masonry Crème is a one coat application system which can be applied by paint brush, roller or airless spray.

On application, ProPERLA Masonry Crème is white but it will dry clear and will not alter the colour or appearance of the building.

ProPERLA Masonry Crème benefits from a 20 year manufacturer product guarantee but has been proven to perform for 25 years. When tested under accelerated weathering conditions in accordance with ETAG 034:2012 (which correlates with 25 years in service weathering) there was no deterioration in performance or aesthetic appearance.

Keep the weather out and the warmth in

ProPERLA® Masonry Crème has undergone independent tests by UKAS certified body Lucideon and has been proven to meet the following standards;

Get your free no obligation quotation today!

What is Properla Exterior Facade Coating?

A technically advanced, two-coat coloured facade coating product for use on a range of substrates that require a coloured exterior wall coating.

ProPERLA Exterior Facade Coating can be applied by paint brush, roller or airless spray, it has excellent coverage and normally requires only two coats.

ProPERLA Exterior Facade Coating comes with a 10 year manufacturer’s guarantee but has been proven to perform for 25 years. When tested under accelerated weathering conditions in accordance with ETAG 034:2012 (which correlates with 25 years in service weathering) there was no deterioration in performance or aesthetic appearance

Configure your perfect looking property below. Give it a try!

Your message was sent successfully.

Can't see the colour you like? Lots More Colours Available!

ProPERLA Façade Coating does not restrict the ability of the building to breathe. Water vapour permeability testing was conducted in accordance with BS EN ISO 7783:2011 and it demonstrated that the coating had little effect on the water vapour diffusion of the substrate.

When applied it creates a super hydrophobic surface commonly referred to as the ‘lotus effect‘ due to its similarity to the water repelling properties of the lotus leaf. Instead of absorbing into the treated surface, water forms droplets that will simply run of the surface – keeping walls dry. Independent tests have shown that it reduces water absorption by 93.4%

Dirt particles are unable to obtain a hold on the ProPERLA coated façade and will simply flow of with rain droplets, helping the surface remain clean and attractive.

ProPERLA Exterior Facade Coating has undergone independent tests by UKAS certified body Lucideon and has been proven to meet the following standards;

Don't Forget Our Other Services

This website uses cookies to improve your experience while you navigate through the website. Out of these cookies, the cookies that are categorized as necessary are stored on your browser as they are essential for the working of basic functionalities of the website. We also use third-party cookies that help us analyze and understand how you use this website. These cookies will be stored in your browser only with your consent. You also have the option to opt-out of these cookies. But opting out of some of these cookies may have an effect on your browsing experience.
Necessary Always Enabled
Necessary cookies are absolutely essential for the website to function properly. This category only includes cookies that ensures basic functionalities and security features of the website. These cookies do not store any personal information.
Non-necessary
Any cookies that may not be particularly necessary for the website to function and is used specifically to collect user personal data via analytics, ads, other embedded contents are termed as non-necessary cookies. It is mandatory to procure user consent prior to running these cookies on your website.
SAVE & ACCEPT
Previous Next
Close
Test Caption
Test Description goes like this